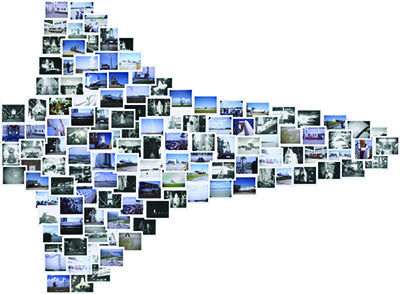 The visual cues hit you first, a faint glow building rapidly.  Smoke starts to billow up as the shuttle's main engines light.  All through this it's still silent.  The clock hits zero and the solids light, silence still.  Cheers erupt from the VIP Viewing area at Banana Creek as the shuttle starts to climb.  Then it happens, a low, building rumble.  Rolling across the swamplands of the Kennedy Space Center, the roar and crackle of the solid rocket boosters propelling the shuttler higher and higher.

For the past 30 years the Space Shuttle has been the workhorse of our manned spaceflight program.  Five orbiters; Columbia, Challenger, Discovery, Atlantis, and Endeavour have ferried man and machine into space, expanding our knowledge of our own planet and of what resides beyond.

Since the first launch of Columbia on April 12, 1981 to the program's final flight on July 8, 2011 of Atlantis, the program has been a point of national pride for generations of Americans.

The images presented in the following galleries were captured over the final three missions of the Space Shuttle Program and during the retirement of the three remaining space-flown shuttles to museums across the country.